As much as 10% of the population suffers from plantar fasciitis, a common cause of heel pain. The condition is caused by inflammation of the ligament that runs down the foot, from the heel to the toes. This inflammation is common in people who are on their feet a lot, such as sportspeople and soldiers. As most cases of plantar fasciitis can be effectively treated with a combination of stretching and orthoses (shoe inserts), podiatrists are hesitant to recommend surgery until all other options have been exhausted. However, in around 5% of cases, non-surgical interventions will have no effect.

The recovery time for plantar fasciitis surgery can be as long as three months, which can be frustrating for patients who like to stay physically active. Thankfully, in recent years, a number of alternative plantar fasciitis treatments have been developed that do not require surgery. Read on to find out more about three new treatments that are gaining popularity among podiatrists.

Extracorporeal shock wave therapy (ESWT) has only been available as an alternative to plantar fasciitis surgery for around ten years. The procedure involves applying an electric charge to the affected area once a week, for up to four weeks. Most patients report a significant improvement in their heel pain, and a recent longitudinal study found that almost 90% of patients were still satisfied with their treatment over nine years later.

It is still not known why ESWT is so effective, but with such a high success rate, it is easy to see why the procedure is gaining popularity.

In the past, a common plantar fasciitis treatment was the injection of steroids into the affected area. Recently, a new type of injection has been developed—this time, using patients' own blood.

Creating a platelet-rich plasma (PRP) injection involves drawing blood from the plantar fasciitis sufferer, spinning it in a centrifuge for 20 minutes, and injecting the resulting plasma into the affected area. This helps to speed up the body's natural response to inflammation. In most cases, this treatment is more effective than steroid injections, and pain relief can be expected to last for more than 12 months.

Traditional surgery for plantar fasciitis involved surgically opening the sole of the foot and removing the inflamed tissue. This method is still popular with many foot and ankle surgeons, despite the risk of large scars and other complications.

Research over the last decade has proven that endoscopic plantar fascia release (also known as 'keyhole' plantar fasciitis surgery) is a much less invasive technique. This method achieves the same ends as traditional surgery by physically removing inflamed tissue but only leaves a small scar and has a much shorter recovery time.

Recent developments in podiatry mean that traditional plantar fasciitis surgery is no longer the method of choice for many foot and ankle surgeons. If you suffer from plantar fasciitis, and cannot afford to be off your feet for weeks or months after surgery, consider asking your podiatrist for information about one of these three new techniques. 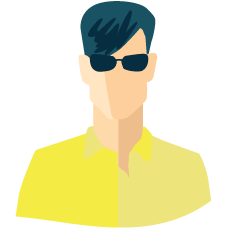 Hi, my name is Steve and I’m a keen runner. I’ve been running for fun for years. I love the buzz I get from a long run and the fact that my hobby helps keeps me fit. Last year, I started to experience problems with my feet and ankles. It started with just a few twinges and soreness but ended up getting so bad that I couldn’t run to my usual schedule any longer. I couldn’t work out what was going wrong, so a friend recommended I see a podiatrist. I was a bit sceptical at first; however, my podiatrist immediately identified some issues with my running gait and shoes that were causing my problems. I started this blog to pass on some of the advice I got for any other runners who are suddenly suffering from unexplained discomfort. Hope it helps keep you on the road!